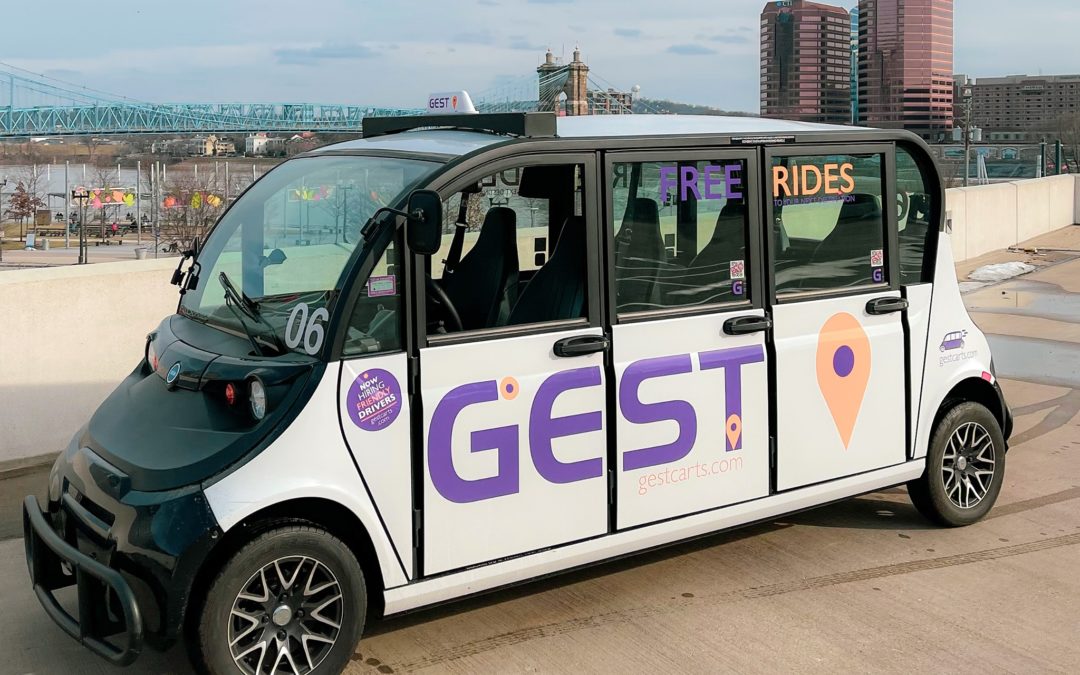 There’s a new mode of transportation coming to downtown Detroit.

Taking a step above scooters, GEST is bringing electric carts — operated by drivers — to the area starting April 1 (which, the Metro Times noted, is the day of the opening day game for the Detroit Tigers).

“We’re transforming the way you move around…with our fleet of Zero-Emissions, multi-passenger carts,” GEST Carts’ Facebook page reads. “GEST is for everyone…Whether you need a fast, safe ride across town after work to catch a show, or just want to skip walking that extra block to get a tasty donut up the street — we’d like you to be our GEST.”

Riders can download the GEST app and enter their location to call a driver, according to GEST.

One of the biggest perks is that Gest’s advertising model makes the service free to riders. Gest also operates in Chicago and hopes to expand to Atlanta and Charlotte, along with Detroit. At first, Detroit will get two carts, which can carry about five to seven people, the Metro Times reported Tuesday (March 23).

“I want to emphasize that both my wife and I are Detroiters, born and raised, and are byproducts of the Detroit Public School system,” Damon Dickens told Metro Times. “We really wanted to be a part of the city’s growth.”