Be Their ‘Gest:’ New Free Rideshare Program Will Get Passengers Around Downtown 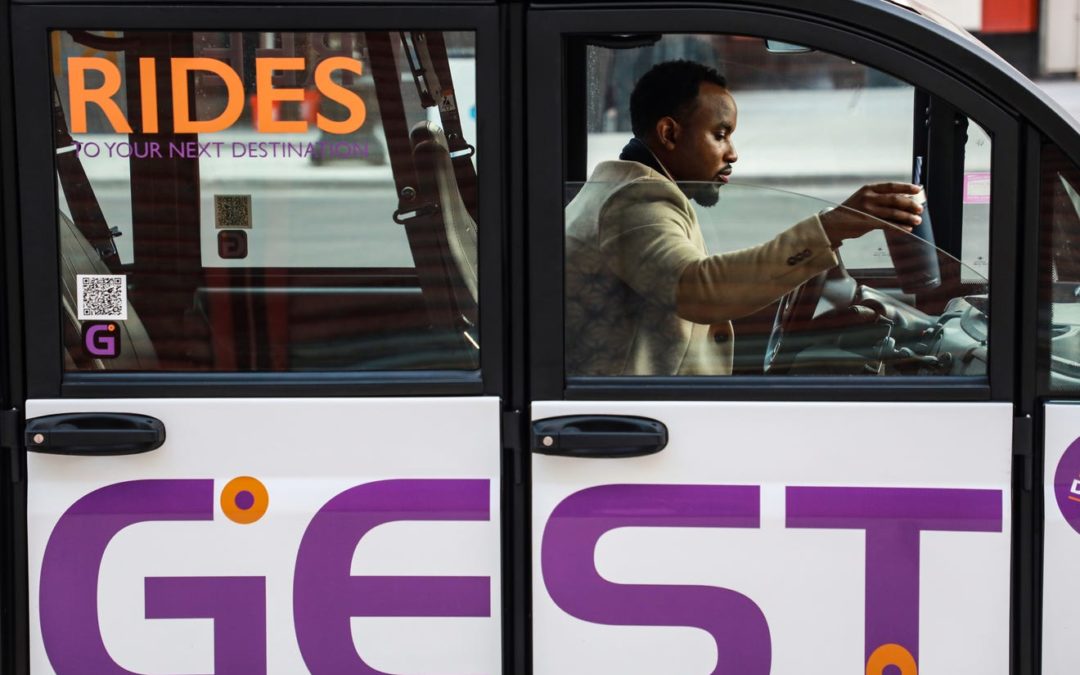 A new company, Gest, will soon be offering an innovative transportation option for those looking to get around downtown Detroit.

For the very first time, Detroit residents and visitors (starting April 1) can travel for free, in and around Downtown, Corktown, Midtown, Eastern Market and East Jefferson (Chene Park) in electric Gest golf carts, according to a press release. The cost of the new on-demand transportation service is covered by advertisers, allowing riders to go to different entertainment options in a sporty way.

Gest, is an acronym for Green Easy Safe Transportation, and its April 1 debut date coincides with the Tigers’ Opening Day at Comerica Park. First launched in Cincinnati in 2018, with operations also in Chicago, plans are in the works to expand in Charlotte and Atlanta.

Husband-and-wife entrepreneurial team Damon and Kaia Dickens are Detroiters with a professional background in finance and entrepreneurship and the licensees of the Detroit Gest service, the press release added. Raised in the city and products of Detroit Public Schools, they wanted to support the local community as it continues to grow and evolve and, especially now, as it comes out of the pandemic. The company’s revenue comes from sponsors – the businesses that advertise through a backlit LED roof rack or custom vinyl wrapping on the exterior of the carts with a monthly rental fee.

“Even with all of the growth in entertainment options in the city, the option to get around for free just didn’t exist,” Damon Dickens said in the release. “We wanted to solve that problem while at the same time giving small and large business sponsors a way to have their brand more visible. Through Gest Carts, we are turning our dream into a reality.”

At the start of the launch, two carts will be debuted in Detroit, with plans to expand the fleet and create new jobs for drivers. The carts have weather-proof exterior covers and heaters to guard against the cold and rain. They also have stereo systems and Bluetooth connections so riders can play their own music during a trip. Each cart can carry five to seven passengers. The carts will be running from 10 a.m. to 6 p.m. on Opening Day. Following April 1, regular hours are 5 p.m. through 11 p.m. Thursday through Sunday, though there are plans to expand the hours of operation.

Metro Detroiters can “call” a Gest Cart much like they can with Uber and Lyft – through a mobile app that tracks the drivers’ locations and estimated arrival times. The carts drive 25 miles per hour and will circumnavigate the most entertainment-focused areas of the city, with east-west boundaries between Chene Park and the Michigan Central train station and north-south boundaries between E. Warren and E. Jefferson.

“With the current transit system in Detroit, many low-income and seniors in the Black community are still charged for most, if not all, methods of transportation in and around the Downtown area. With Gest, we will be offering ride-share for free, and we plan to hire Detroiters for most of the positions we have available,” Damon Dickens said in a follow-up statement to the Michigan Chronicle

Gest Carts will be following all COVD-19 safety protocols at the onset of its launch.

“We are doing everything we can to make sure people feel safe when they ride, in every respect,” Damon Dickens said.