Downtown Detroit will soon have free electric carts and they are kind of cute. 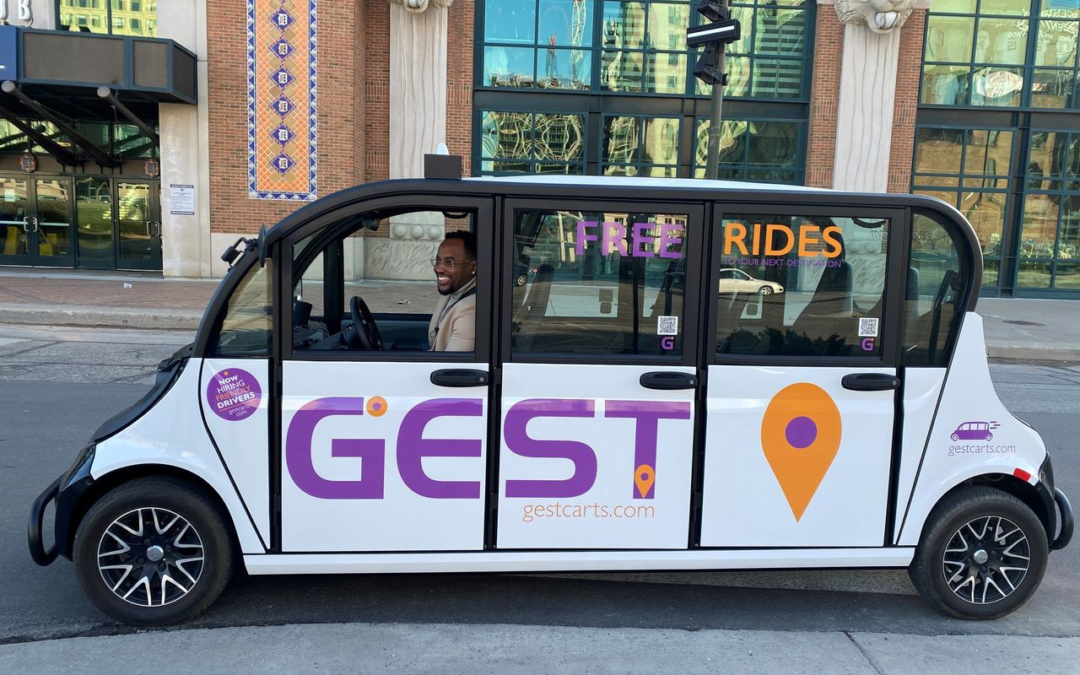 Move over e-scooters, there’s new electric transportation in town. No, like, seriously. Get out of the way!

Starting on April 1, which, yes, just so happens to be the Detroit Tigers’ opening day game, Gest electric carts will be deployed as a transportation option for people looking to visit popular Detroit entertainment hubs and destination neighborhoods, like downtown, Corktown, Midtown, and Eastern Market.

Oh, and the rides are free to the rider — like, actually free thanks to the Cincinnati-based company’s advertising model, which offers businesses the opportunity to advertise via LED roof racks or custom vinyl wraps on the cart’s exterior.

OK — so the city is initially only getting two heated, weather-proof carts, both of which can reach 25 miles per hour and can transport 5-7 passengers. You can also fight over the aux cord, er, Bluetooth hookup, too, as each cart comes with a speaker system.

Green Easy Safe Transportation, or Gest, first launched in 2018 out of Ohio and is currently operating in Chicago with plans to expand to Atlanta and Charlotte. Detroit marks the third city to get its Gest on thanks to Detroit natives Damon and Kaia Dickens, who are the licensees of the Motor City’s latest electric-motor program.

“I want to emphasize that both my wife and I are Detroiters, born and raised, and are byproducts of the Detroit Public School system,” Damon told Metro Times. “We really wanted to be a part of the city’s growth.” The goal is to add more carts by April, increasing job opportunities for drivers. Unlike the e-scooter trend, there are actual drivers for Gest carts. In other words, you can’t just pilot one of these vehicles yourself, which is, without a doubt, a good thing considering e-scooters sent 40,000 people to the ER from 2014-2018.

In addition to offering free rides throughout the city, Gest Detroit will be available to rent for groups or private parties and special events, though this service will be offered at a charge. And don’t be surprised if you catch a glimpse of a Gest cart in Ferndale or Royal Oak later this year, as there are some long-term plans for expansion to offer a “safe and entertaining ride” between cities.

As for those looking to advertise, Damon says he would like to keep things family-friendly, but will not discriminate against a business sight unseen.

“We want to make sure the business is a good fit for Gest and for the Detroit community,” he says. “We also do extensive background checks on our drivers, as well as look into the companies who want to advertise with us. Guest and driver safety is our number one priority.” To utilize Gest cart services, you must download the app through Apple or Google Play, which means don’t try and hail it down like a taxi cab, as there’s a system. And while rides are 100% free, driver tips are appreciated.

To learn more about Gest or to inquire about employment opportunities, visit Gestcarts.com