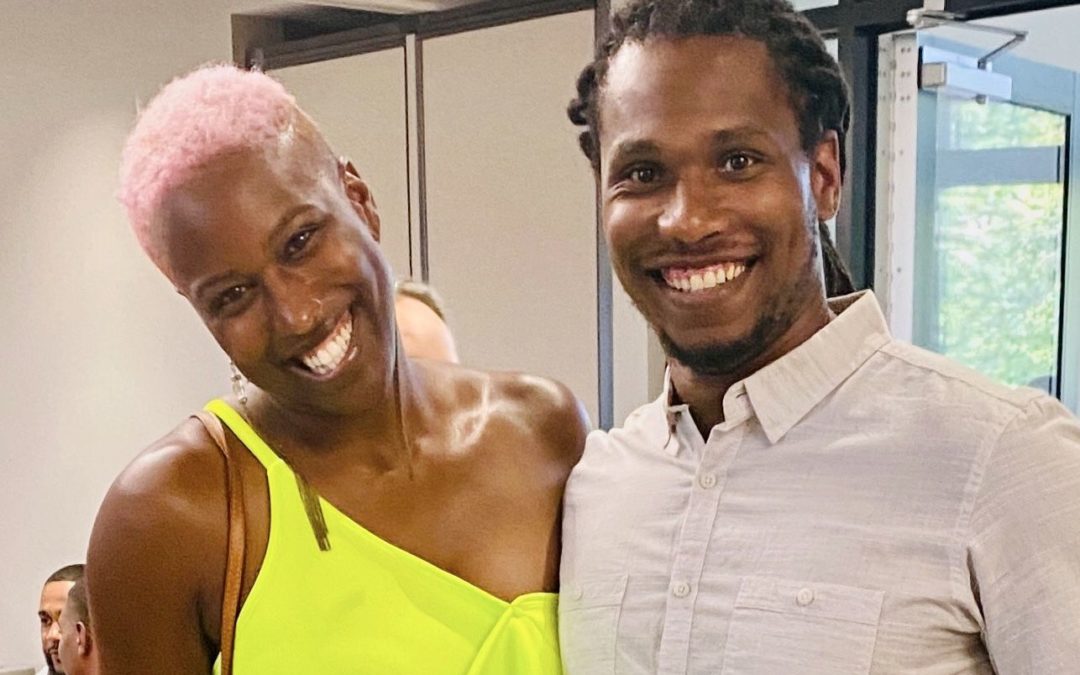 GEST Carts’ fleet of four vehicles will hit the streets of downtown and River North in May.

Harold Shepard II got his first taste of being an entrepreneur by selling potato chips out of his backpack to classmates at Percy Julian Middle School in Oak Park.

The principal shut down his burgeoning snack business, but his late father, who founded and ran a data collection and storage firm, was impressed.

“It was the first time I got a double scoop of ice cream from my father,” Shepard said. “He told me, ‘Congratulations, Harold. You’ve now discovered how to start a business and get shut down in corporate America.’”

Potato chips may form his origin story, but electric vehicles are the latest chapter.

On May 1, Harold and his sister, Tiffany Shepard, plan to launch a business that will send four electric vehicles into the downtown and River North areas to offer free rides.

The vehicles, which don’t exceed 25 mph, will be festooned in advertisements, which is how the company called GEST Carts, plans to make money, said Harold, 30.

“The rides will be free and will take you anywhere within the boundary area,” he said.

The hours are geared toward the party crowd: 5 to 11 p.m. Friday to Sunday. And the vehicles will run throughout the year.

Rides can be booked through an app-based system. Hailing a driver won’t be allowed.

The siblings, both graduates of Oak Park and River Forest High School, hope to expand into Wrigleyville and the West Loop areas later this summer.

“The drivers will be paid employees, not contractors, and they keep 100% of tips,” he said.

The vehicles can carry up to five passengers in individual seats with accompanying seat belts and have LED lights that can be set to pulsate to music connected by Bluetooth from a passenger’s phone.

The vehicles — each will be a Polaris GEM e6 — will operate under city-issued livery licenses, which are also used by limousines.

Joe Schwieterman, a transportation expert at DePaul University, said GEST Carts will be good for Chicago.

“This will bring a novel element to downtown at a time when things are pretty dead and create a pleasant curiosity that will add to the city’s cosmopolitan image,” he said.

Schwieterman said the company’s small fleet makes it more of a novelty.

“Even if there were 20 of these vehicles rolling around, that’s not many for a big area like downtown, and a few rides lost in Uber or Lyft is hardly a major concern,” he said. “If there were 2,000 of these things, I might feel differently.”

Uber didn’t respond to a message seeking comment. And in an email, a spokesman for Lyft didn’t address the topic of GEST Carts starting up.

Shoib Hasan, owner of Globe Taxi on the Northwest Side, wasn’t thrilled about the newcomers but has come to accept technology’s effect on his industry.

GEST Carts took shape a few years ago in Cincinnati, where Tiffany Shepard, an attorney who earned her law degree at Northwestern University, lived at the time.

She was friends with Patrick and Lauren Dye, the husband and wife who founded the company, who gave her a bird’s-eye view of how the business was run.

The Dyes began operating six cars in 2018, and each has been fully booked with advertisers ever since, Patrick Dye said.

Other GEST Carts licensees — all female- or minority-owned, a point of pride for the Dyes, who are white — will soon open operations in Detroit, Atlanta and Denver.

Tiffany Shepard returned to Chicago two years ago and, along with her brother and pal Marrisa Wright, decided to open up an operation as a licensee.

“Harold is the day-to-day operations guy, I do the paperwork and numbers and the other non-fun stuff,” she said with a laugh.

Her little brother adds the gig to a long list of hustle jobs.

“I’ve been doing lemonade stand-type jobs my entire life. … I’ve worked in marketing, as an insurance broker, DJ, event producer, the list goes on,” said Harold Shepard, who focused on entrepreneurial studies at the University of Illinois at Chicago.

He’s been piloting one of the company’s vehicles around town on test runs in recent months.

“It’s hilarious. I’ve had miniature interviews almost at every stoplight. ‘What’s it called? What are you doing?’ People are curious,” he said.

The GEST in GEST Carts stands for Green Easy Safe Transportation and is pronounced like the word “guest” — as in “Be our guests,” Harold said.